History of the Beach Company 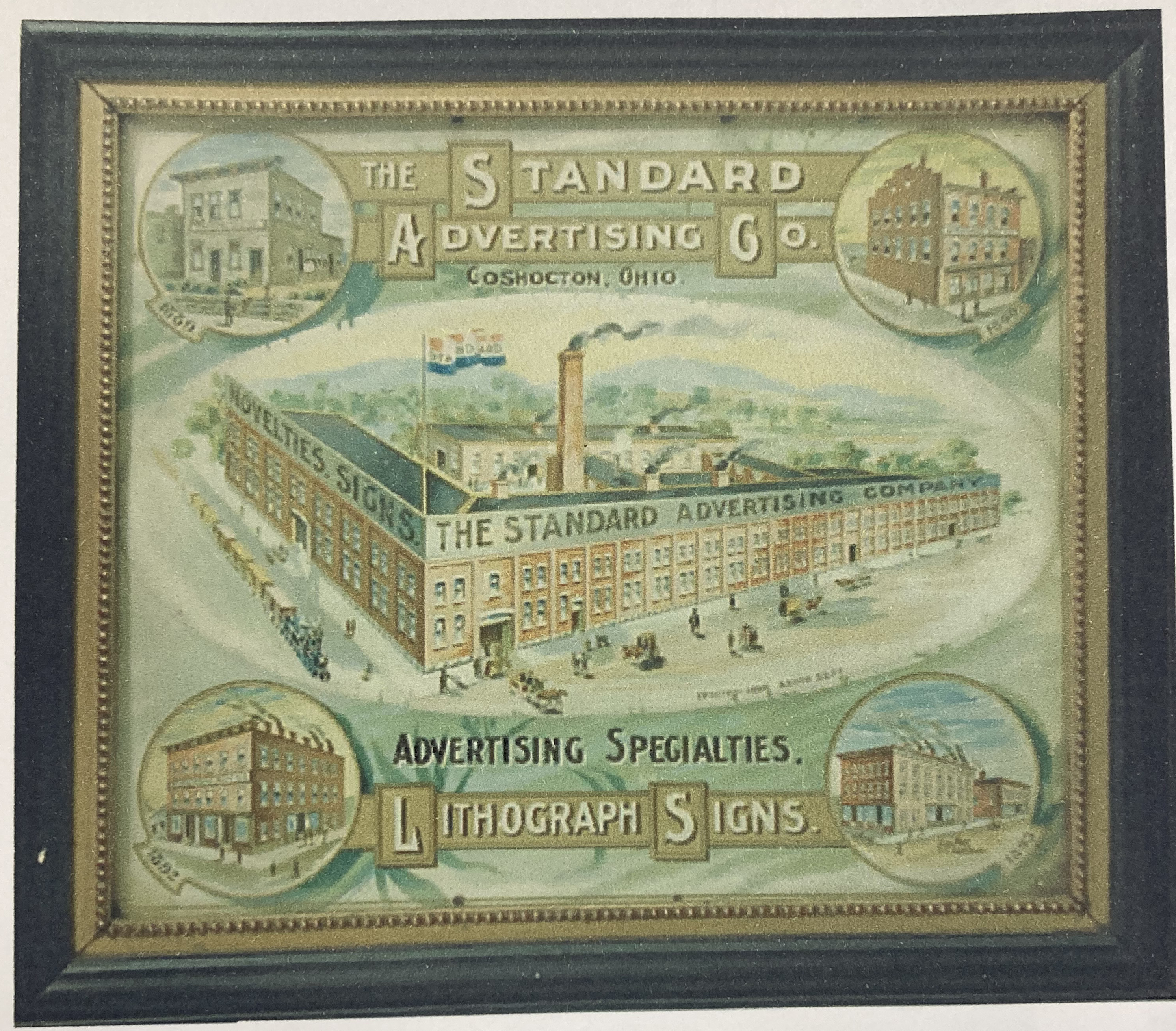 Henry Beach, the editor of a Coshocton newspaper, The Coshocton Democratic Standard, used his newspaper as the foundation of his new enterprise, The Standard Advertising Company. In the year 1889 Henry D. Beach formed The Standard Advertising Company to manufacture advertising specialties and novelties. The company first specialized in making oilcloth school bags made of gum muslin, wood yardsticks, paint paddles, metal signs, displays and cloth aprons which carried the customers advertising.

The new company was especially interested in the metal sign trade. Mr. Beach was able to borrow two men from the Ronemous Company of Baltimore who, along with his own mechanics, were able to develop a process superior to any in existence. Standard began lithography of metal signs in 1890, the first company in the world to do it on a steam press. A totally new process for manufacturing metal signs was developed by Standard. A rubber sheet attached to a cylinder passed over the litho stone picking up the image, and then the cylinder would pass over the tin transferring the image it had picked up from the litho stone to the tin. The signs had to make a trip to the drying ovens after each color run. 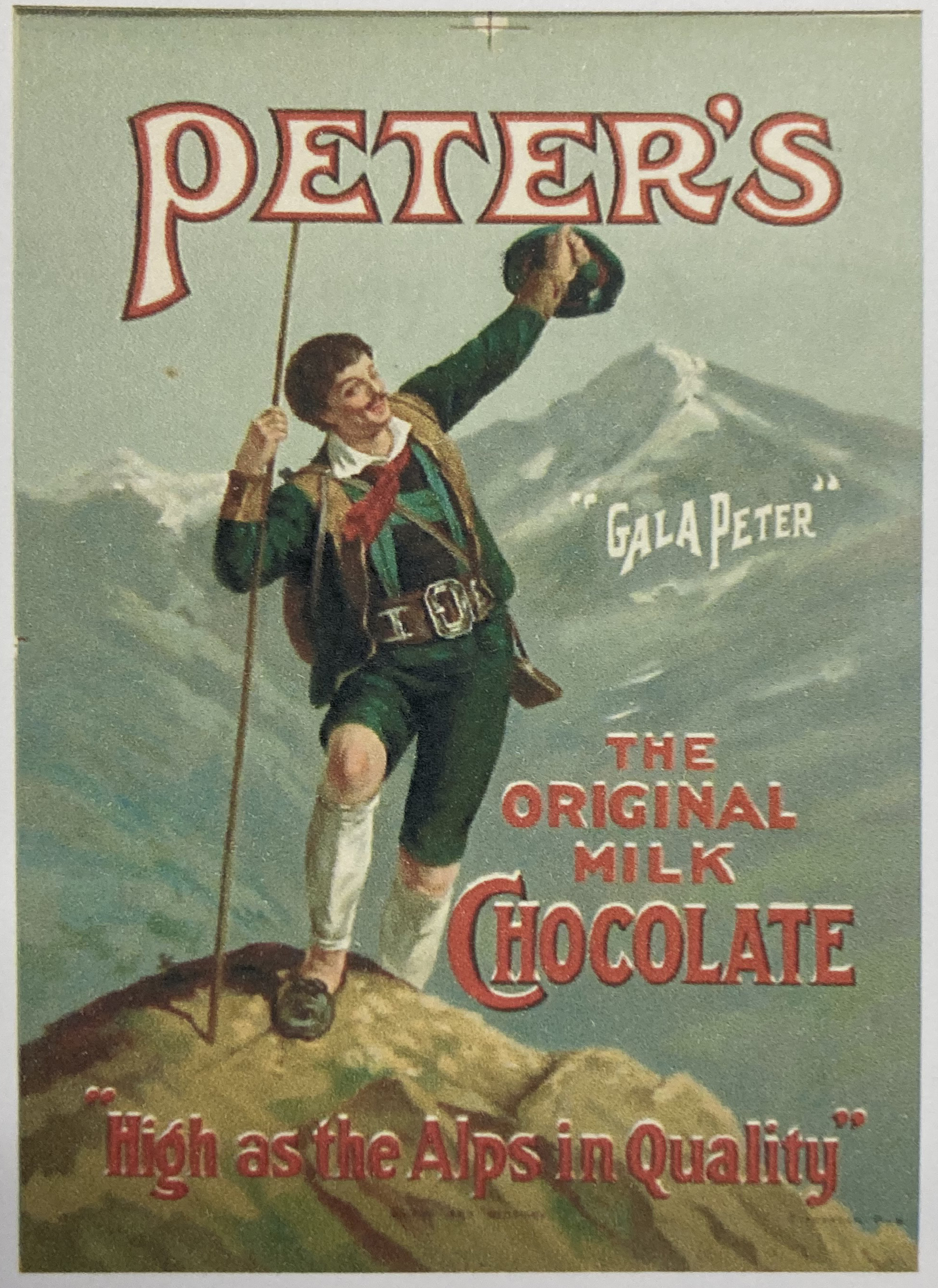 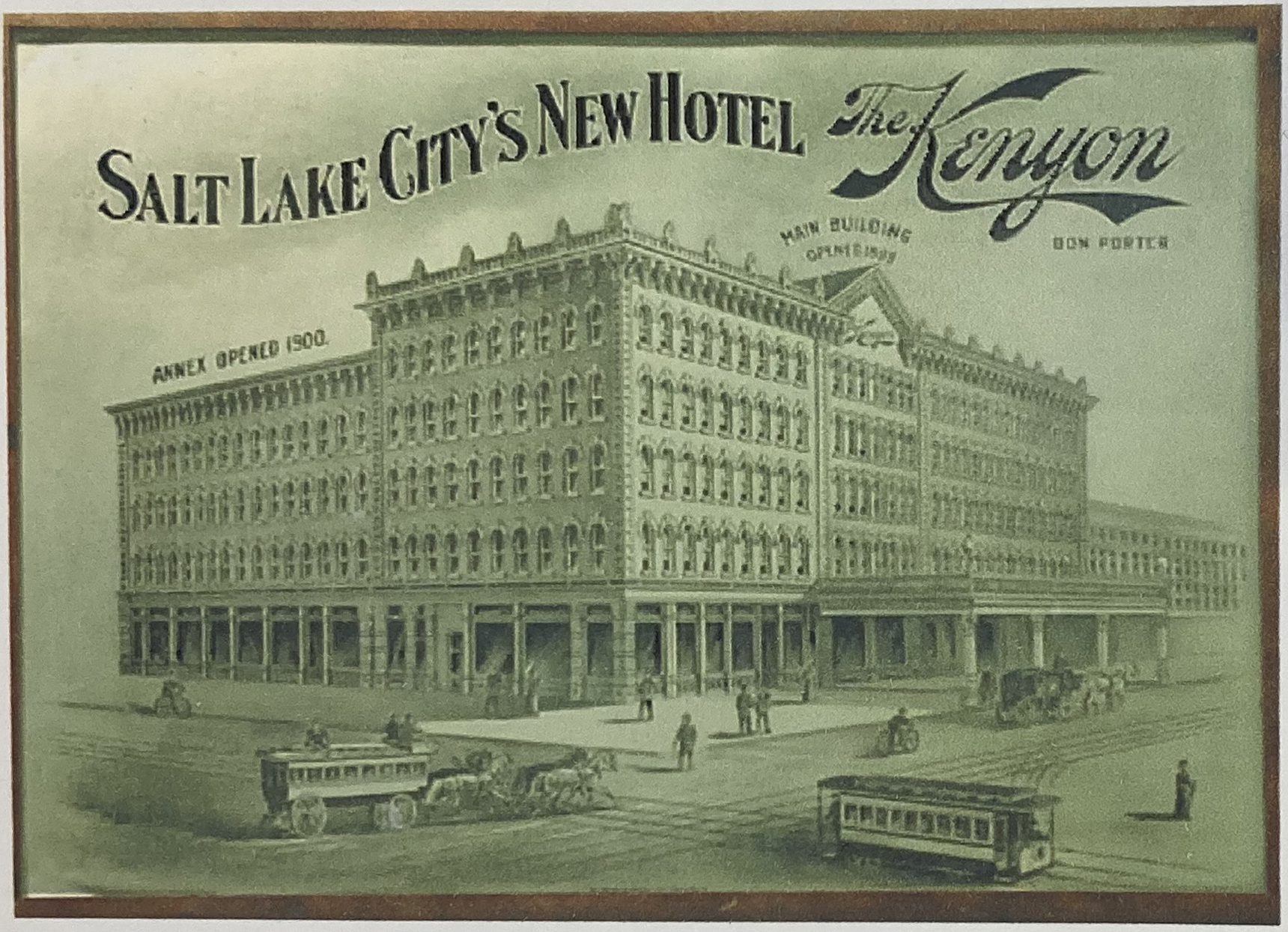 The plant employed about 350 people by 1890, manufacturing signs, leather goods and a complete line of advertising novelties. Shaw left Tuscarora to join Standard in 1889, becoming the company’s full-time salesman. He sold the company’s first sign order to Pettijohn’s Breakfast Food Company. The Standard Advertising Company was incorporated in 1892 with Henry Beach as its president and J.L. Rue as vicepresident.

The Meek and Beach Company

The management of the Tuscarora and the Standard Advertising companies announced on March 8, 1901, that the two companies had reached an agreement to consolidate. The new company would be formed with capital stock in excess of $750,000 making it the largest financial transaction in the city’s history. The Meek and Beach Company was chartered under the laws of New Jersey on March 28, 1901. The Tuscarora plant was setup to house the calendar, celluloid and leather divisions. The Standard plant housed the metal sign division.

At the directors meeting on April 2, on the motion of Jasper Meek, Henry Beach was chosen to become the president of the newly formed Meek & Beach Company. The new company had a sales force of over one hundred men throughout the world, and a work force of nearly six hundred men and women, including the largest colony of artists in the country with the exception of New York City.

The head artist at Tuscarora, George Ring, along with Herman Scheuing, immediately resigned The Meek & Beach Company to take up employment in New York City at Kauffman & Strauss.

The Ladies Federal Union No. 8405 and the Federal Labor Union 8170 met in joint session on March 29th and called for union recognition at the new company.

Henry sent his son Harry to manage production in New York while he oversaw the construction of a new facility. The H. D. Beach Company was organized and built a new factory in 1902 at 1300 East Walnut Street. The new plant consisted of five parallel buildings, each about three hundred feet long. Sheet steel was received in building one, processed and fabricated, and then shipped out of building five, transformed by various processes into the highest form of art on metal.

In January of 1907, Beach organized the Beach Leather Company. A new plant was constructed across from the sign factory. Wallets, coin purses and other leather products were manufactured and sold in beautiful tin display cases made across the street at Beach Art Display.

In 1912, Beach purchased the Spellacy-Raiff Company on North Second Street, a large manufacturer of enamel kitchenware. After the plant was converted to Beach Enameling Company, production of porcelain signs and thermometers began. In 1939 Beach leased the plant to Firestone Tire Company for production of large shell casing and airplane gasoline tanks. He sold the plant to Steel Ceilings, Inc., in 1946. The Walnut Street plant was converted to the manufacturing of camouflage netting during the war.

In 1952 James W. Beach (1895-1962) used the opportunity of the sale of the H. D. Beach Company, Beach Enamel and Beach Leather to purchase The Guy Meek Calendar Company and began the manufacturing of commercial calendars along with his son James W. Beach Jr., (1925-1995).

In 1975, the company built a new building located at the corner of Brown’s Lane and South Second Street in Coshocton, Ohio. The corporation was headed by James W. Beach, Jr., President and Treasurer and his eldest son James M Beach (Jamie). Jamie is the fifth generation to continue in this business.

Throughout these past years, the company has stressed a quality product, fair price and good service to its many customers throughout the United States.